That’s all well and good, but one of my goals is to make this a portable Hadoop cluster so I can present with it.  The Intel NUC does not have a built-in battery like a laptop, so if you pull the plug (hint:  don’t), it’ll just shut itself right off.  When you power it back on, you’ll find that your Hadoop cluster has gone into hiding: 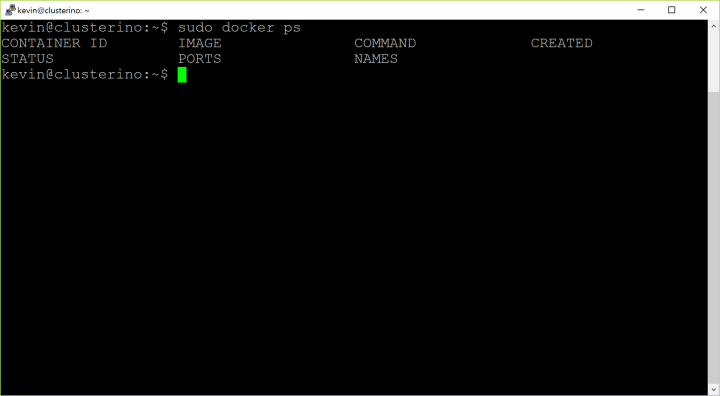 I’ll show how to bring the cluster back to life in the next blog post, but I will say that it takes about 10-15 minutes for everything to come up, and I might not have 10-15 minutes before my talk to set things up.  I’d prefer to be able to attach the NUC to an external battery pack an hour or two before the talk begins and let it coast from there.

In addition, I also need to have a network connection so I can talk to the NUC.  I don’t want to trust that my presentation location will have a good internet connection and I don’t want my NUC exposed to the network, so I need a miniature router as well.

Here’s what I landed on:

The TP-Link router was already in my bag, so I didn’t buy it specifically for this project.  It’s an alright travel router but is probably the weak link here and if I were buying new, I’d probably go with something a little more modern and powerful.

I did a lot more research on rechargable power packs, and the BP220 seemed to be the best for the job.  The Intel NUC that I have draws about 17 watts when idling and can spike up to 77 at load (and I’ve even read that it could spike into the 80s when you push it hard).  The BP220 supports that load and provides 223 watt-hours of juice per charge.  That means I could stretch out a battery charge for up to 13 hours (223 / 17), although a more realistic figure would be an average of about 35 watts, so maybe 6-7 hours.  Still, that’s more than I need to get me through a one-hour presentation and two hours of prep.

The battery pack itself is a little heavy, weighing in at a little over 3 pounds—in other words, it’s heavier than my laptop, especially if you pack the power brick as well.  Combined with the NUC, it’s about 7-8 pounds of extra gear, meaning that I’m fine taking it with me to present but wouldn’t want to schlep it around all the time.  That said, it’s also pretty compact.  At 10.6″ long, it fits nicely into my laptop bag, and it and the NUC can share the inside pocket while my laptop fits into the outside pocket.  At that point, I’m essentially carrying two laptops, but I did that for a while anyhow, so no big deal.

Finally, the power strip makes it so that I can plug in these devices along with my laptop.  Power outlets aren’t always conveniently located, and you rarely get more than one or maybe two outlets, so that’s in my bag just in case I do run low on battery power and need to plug everything in.